As it mulls kicking Elon Musk’s Twitter off the app store, it has now been revealed that Apple restricted the use of AirDrop in China, a move that harmed the organizational efforts of demonstrators protesting against the CCP’s lockdowns.

Over the past week, multiple major cities across China have seen massive protests against lockdowns, with the normally compliant Chinese exploding into rage in response to their government’s ‘zero COVID’ policy.

Much of the unrest blew up in response to an incident in Xinjiang’s capital Urumqi, where at least 10 people, some say up to 40, were killed during an apartment fire because lockdown rules stopped residents from fleeing the burning building.

Most of the city’s residents have been prevented from leaving their homes for over 100 days as a result of the draconian rules, which are still in place nearly three years after the pandemic began.

With Beijing now trying to contain what some are calling the most serious mass uprising since Tiananmen Square, Apple is apparently helping them to crush dissent.

Earlier this month, Apple restricted the use of AirDrop in China, which protesters had been using to evade censorship.

AirDrop allows local connections between devices, meaning it cannot be monitored or censored by local authorities.

However, Apple launched an update to the app in China that restricted usage to just 10 minutes, making it harder for protesters to communicate with other activists, as well as send messages nearby bystanders and tourists. 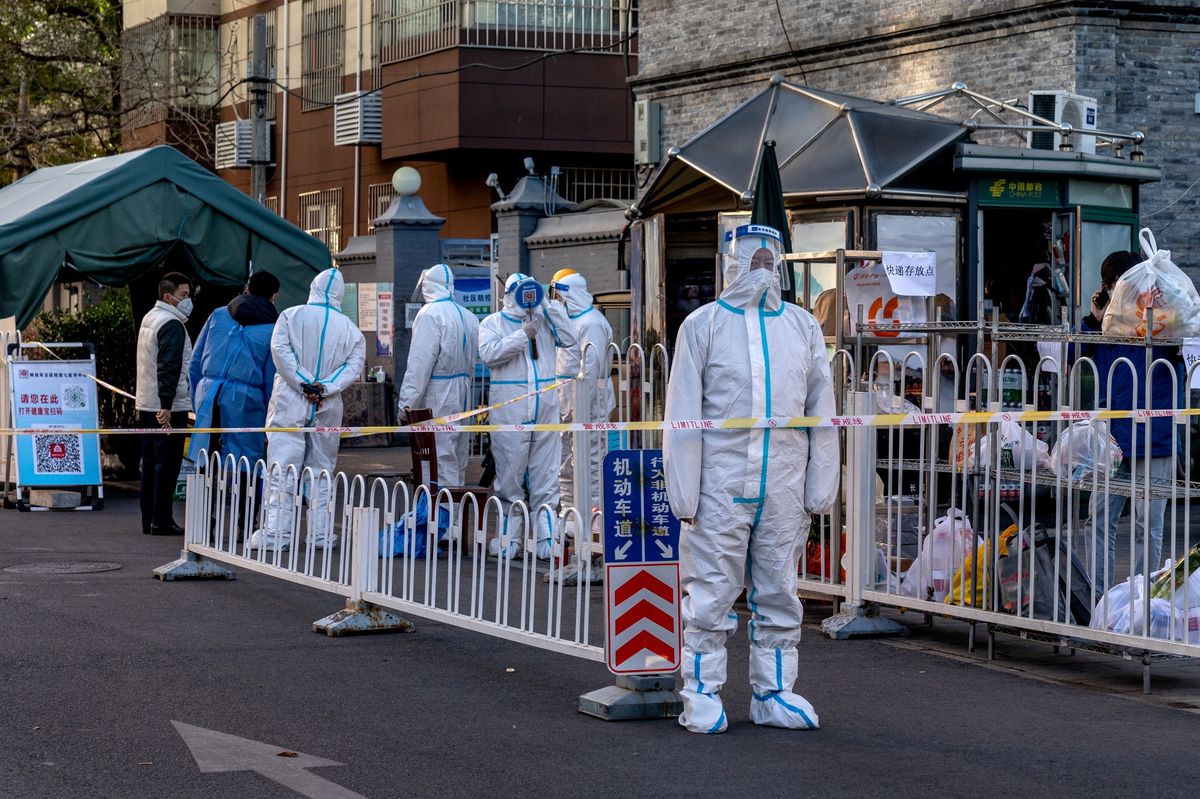 AirDrop was also being used by protesters in Hong Kong, who were brutally suppressed by the CCP during months of unrest in 2019.

The smartphone company chose to roll out the new “feature” in China only right as the country experienced its biggest demonstrations in decades, which some would suggest is more than just a coincidence.

“Apple has helped Beijing to suppress public dissent multiple times, mostly by complying with its requests to remove apps used by protestors for information and communication,” reports Reclaim the Net.

The development coincides with Elon Musk revealing that Apple is threatening to remove Twitter from the app store entirely over its support for – God forbid – free speech.

Chad Freehttps://investigateearthpodcast.com
Thanks for checking out a little more about who you listen to on our podcast! I live in South Carolina with my wife and many dogs! I'm sure some of you may have heard the dogs from time to time on the show. We started this podcast because we feel like there is so much out there that many people mindlessly ignore that may have major consequences for our world 🌎 down the road. Our mission is to uncover and talk about as many topics as possible that the media and government will lie about and cover up. There has to be truth seekers out there, and more and more of those people are being silenced. I hope that you enjoy this journey with us, and feel free to reach out to come anytime to just say hello or even with show ideas!
Previous articleThe Racist History of the Democratic Party 1863-2020