The Racist History of the Democratic Party

In 1863 President Abraham Lincoln issued the preliminary Emancipation Proclamation, which declared that all slaves in areas still in rebellion on January 1, 1863, “shall be then, thenceforward, and forever free.”

When a second vote on the amendment was taken on January 31, 1865 the measure passed. 16 Democrats voted to end slavery, 56 voted to preserve slavery.

Woodrow Wilson a Democrat and U.S. President from 1913-1921 was a segregationist who had written a history textbook praising the Confederacy and the Ku Klux Klan. As President during World War I he segregated the military services and some of the civil service most notably at the Post Office and Treasury Departments.

The book “Racism in the Nation’s Service: Government Workers and the Color Line in Woodrow Wilson’s America” details how Wilson segregated parts of the federal government.

While housing discrimination has always existed the FDR administration made housing discrimination against blacks Federal government policy. His administration accomplished this by constructing redline maps which prevented the government from purchasing mortgages in or near African-American Neighborhoods. This became better known with the 2017 publication of “The Color Of Law” by Richard Rothstein. 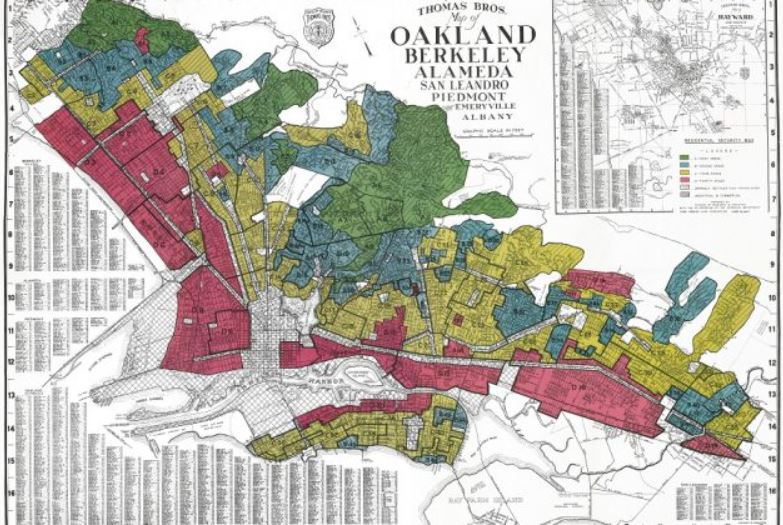 After the attack on Pearl Harbor President Franklin D. Roosevelt ordered the internment of Japanese Americans.  Approximately two-thirds of those interned were U.S. citizens. This was challenged but internment was upheld by the Supreme Court. Justice Murphy of the Supreme Court expressed the following opinion: “detention in Relocation Centers of persons of Japanese ancestry regardless of loyalty is not only unauthorized by Congress or the Executive but is another example of the unconstitutional resort to racism inherent in the entire evacuation program.”

When in 1957 President Eisenhower sent troops into Little Rock to degegrate schools he was opposed by Democratic governor Orval Faubus who sent Arkansas National Guard to stop African Americans from attending Little Rock Central High School. Democratic Governor George Wallace did something similar in Alabama in 1963.  Wallace ran as a Democrat in the 1972 Presidential primaries.

Some of the most powerful members of the Senate such as Robert Byrd were Democrats and racists. Byrd was a Senator until 2010. In his early years in West Virginia Byrd had been a KKK member and had recruited members. Byrd later called his KKK affiliation “an extraordinarily foolish mistake.”

The first post-Reconstruction Civil Right act was passed in 1957 when Eisenhower was President. Attorney General Herbert Brownell drafted the legislative proposal that ultimately became the Civil Rights Act of 1957, the first civil rights law enacted since 1875. This despite Democrat Senator Strom Thurmond’s 57-day filibuster.  The vote was (Republicans 167–19, Democrats 118–107.) Another Senator participating in the filibuster was Al Gore, Sr. All 18 votes against this in the Senate were Democrats.

When the Civil Rights Act of 1964 was passed it had bipartisan support. 61% of Democrats voted for it while 80% of Republicans voted for it.

In 1975 Senator Joe Biden sponsored a successful bill that prohibited the use of federal funds for busing. Biden’s anti-busing views were highlighted by then Presidential candidate Kamala Harris in the 2019 debates.

In a 1977 congressional hearing, (page 251) Biden had this to say about school busing “‘Unless we do something about this, my children are going to grow up in a jungle, the jungle being a racial jungle with tensions having built so high that it is going to explode at some point.”

Joe Biden from a 1975 TV interview on school busing: “What it says is, in order for your child with curly black hair, brown eyes and dark skin to be able to learn anything, he needs to sit next to my blond-haired, blue-eyed son. That’s racist! Who the hell do we think we are that the only way a black man or woman can learn is if they rub shoulders with my white child?”

NY Times on Biden and busing.

This NYT article of July 15, 2019 states that Biden did not change his views on school busing until he realized it was a liability to his getting elected. 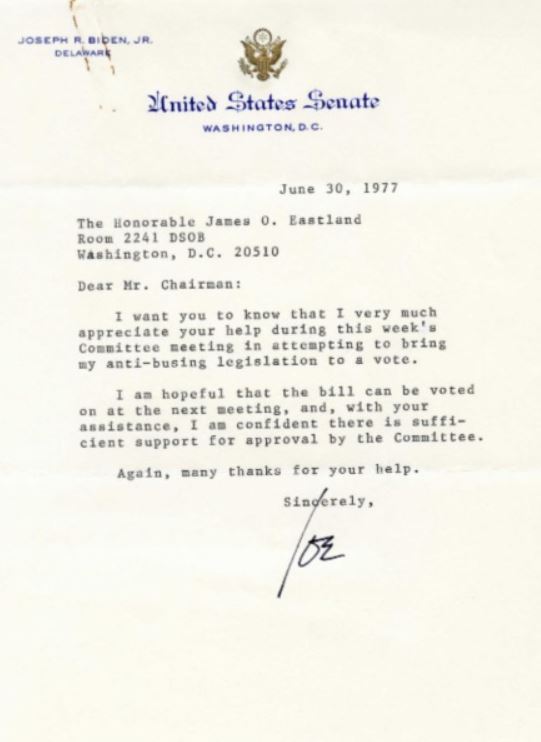 Chad Freehttps://investigateearthpodcast.com
Thanks for checking out a little more about who you listen to on our podcast! I live in South Carolina with my wife and many dogs! I'm sure some of you may have heard the dogs from time to time on the show. We started this podcast because we feel like there is so much out there that many people mindlessly ignore that may have major consequences for our world 🌎 down the road. Our mission is to uncover and talk about as many topics as possible that the media and government will lie about and cover up. There has to be truth seekers out there, and more and more of those people are being silenced. I hope that you enjoy this journey with us, and feel free to reach out to come anytime to just say hello or even with show ideas!
Previous articleRussia Ukraine War Podcasts | Dark Horse Allies Interview
Next articleApple Restricted The Use Of AirDrop During China Covid Lockdown Protest