Bell said the plan to move in on protesters “methodical” and well thought out, noting officers had control of the situation on the ground.

“We will run this operation 24 hours a day until the residents and community have their city back,” Bell said.

Officers from across Ontario and Quebec, as well as the RCMP, have joined Ottawa police in a bid to end the protests.

There are disturbing reports some officers wielded military-style weapons as they closed in on the three-week-long demonstration. 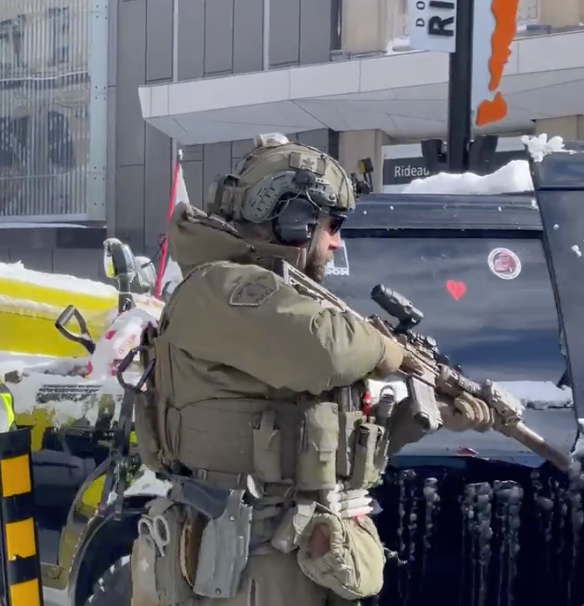 People are leaving their trucks and cars as cops coming up with some big guns at Rideau and Sussex. Cops go and search the cars after #cdnpolj #ottnews pic.twitter.com/pZc5bQGUap

A huge tow truck just showed up, as did more cops.

The cops that broke the windows of the RV are now searching it #cdnpolj #ottnews pic.twitter.com/jmgMQIMBSX

One Twitter user reports “snipers are on the roof” of multiple buildings.

There are snipers on the roof of the Senate and one of the Rideau Centre buildings in Ottawa right now at the Freedom Convoy protest. pic.twitter.com/Ly5QqkLDWU

There are reports protesters are “holding the line” as police begin mass arrests.

#Canada 🇨🇦 Horrific scenes out of Ottawa as authorities move in, dragging away peaceful protesters, and leading away an elderly woman, no wonder these officers have their faces covered.#TruckersForFreedom2022 #TruckerConvoy #Toronto #Truckers4Freedom #TruckersNotTrudeau #Ottawa pic.twitter.com/4TtvV2dMHT

Every American watching the events unfolding in Ottawa should be very afraid because Canadian PM Justin Trudeau has chosen to unleash what looks like the military on unarmed civilians who are only asking for their freedoms back after being taken away during COVID.

Keep in mind, the Canadian Civil Liberties Association has condemned Trudeau for invoking the Emergencies Act.

Police “suiting up” in Ottawa. pic.twitter.com/rmNAdtD5FK

The government doesn’t want the world to see what’s happening in downtown Ottawa.

Ottawa police are telling media cameras, including one of ours, to stay away from trucker crackdown or face arrest https://t.co/cCVftDiBra

Police in Ottawa have set up checkpoints all around the city to ask people where they are going. pic.twitter.com/9ByePAIjvw

Days after Canadian Prime Minister Justin Trudeau invoked the Emergencies Act to crack down on protesters nationwide, Canadian police are preparing to clear hundreds of truck drivers from Ottawa, according to Reuters.

‘Freedom Convoy’ demonstrators against the government’s medical tyranny have staged a three-week-long protest of Ottawa’s downtown district that prompted Trudeau on Monday to invoke the Emergencies Act to crack down on what he has described as an attack on democracy.

On Thursday evening, police began moving in on the downtown district, arresting protesters. We noted two key organizers were arrested, including Tamara Lich and Chris Barber. The two have been described as top leaders in the movement. Authorities are expected to unleash a wave of arrests on Friday. 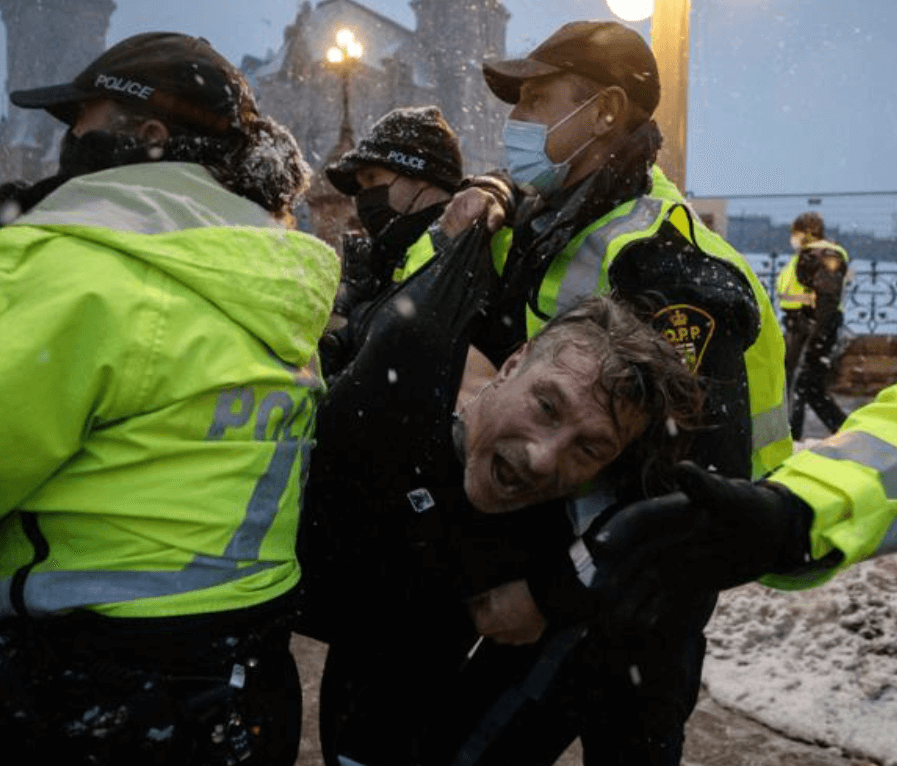 “We absolutely are committed to end this unlawful demonstration. We have the plan, we have the commitment, we have the resources,” interim police chief Steve Bell told reporters on Thursday. To quell future protests at least 100 checkpoints will be erected in the downtown district. Anyone who doesn’t have a legitimate reason for entering the area will be barred.

“This weekend will look very different than the past three weekends,” Bell added.

Many of the truckers in the Freedom Convoy aren’t moving.

“I’m prepared to sit on my ass and watch them hit me with pepper spray,” Pat King, one of the leaders of the movement, told AP News.

“There are no tow trucks in Canada that will touch them.”

Amid the rising tensions outside Parliament, many demonstrators still refused to budge, and the use of federal emergencies law will give police the tools to end the occupation.

Some Canadians are outraged their government would even enact such powers (not seen in fifty years) on what has been described as ‘peaceful protests,’ However, the Trudeau administration sees things a little differently, calling truckers “fringe” and treating them as so-called ‘terrorists.’ 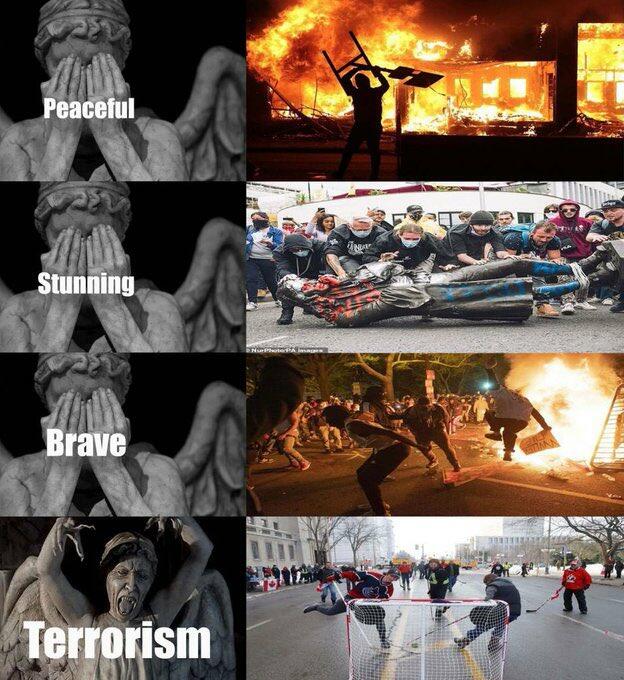 Meanwhile, the Canadian Civil Liberties Association has announced its intention to sue the federal government for invoking the Emergencies Act in response, the CBC reports.

It remains to be seen if today’s move to end the capital’s blockade will go smoothly. Trudeau’s use of emergency powers has already prohibited travel, banned protests, conducted widespread arrests, blocked donations, and frozen bank accounts of truckers and their supporters. People are getting angry, and there are even fears of a possible bank run.

Chad Freehttps://investigateearthpodcast.com
Thanks for checking out a little more about who you listen to on our podcast! I live in South Carolina with my wife and many dogs! I'm sure some of you may have heard the dogs from time to time on the show. We started this podcast because we feel like there is so much out there that many people mindlessly ignore that may have major consequences for our world 🌎 down the road. Our mission is to uncover and talk about as many topics as possible that the media and government will lie about and cover up. There has to be truth seekers out there, and more and more of those people are being silenced. I hope that you enjoy this journey with us, and feel free to reach out to come anytime to just say hello or even with show ideas!
Previous articlePutin issues dire threat of nuclear war in Europe if he doesn’t get his way
Next articleFamed astronaut says UFOs filmed by military more than 100 times could be aliens