Rep. Troy Nehls (R-TX) has lodged a bombshell accusation against the Capitol Police, who he says broke into his office without his knowledge and photographed sensitive documents. 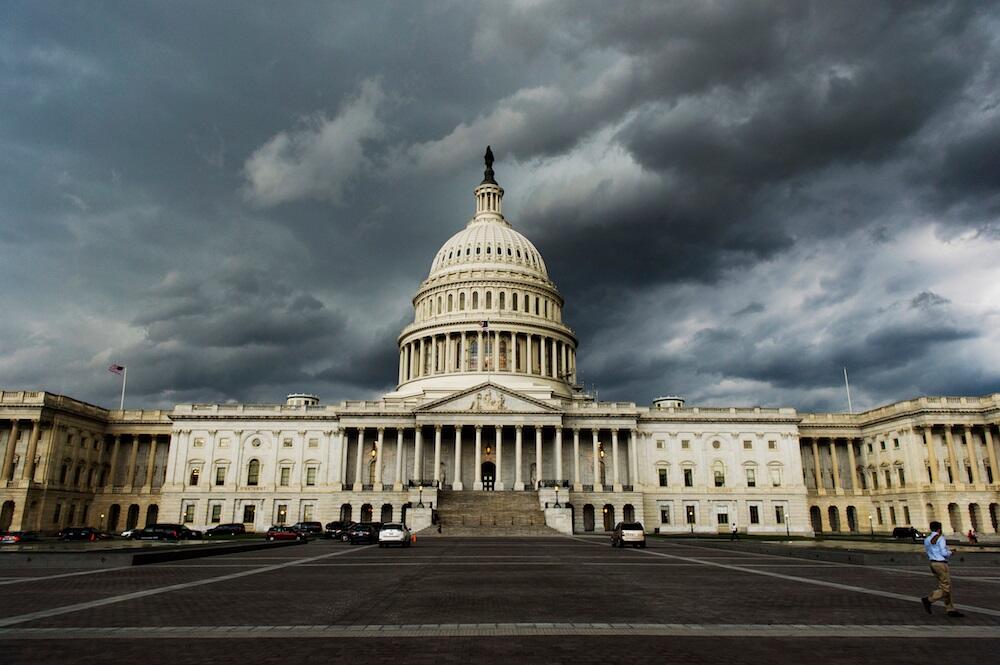 Two days later, three intelligence officers dressed like construction workers ran into a member of Nehls’ staff while trying again during Thanksgiving week to enter the office – questioning the staffer as to the contents of a photograph they illegally took two days earlier.

The @CapitolPolice Intelligence Division investigated my office illegally and one of my staffers caught them in the act.

Two days later on Monday November 22, 2021 (Thanksgiving week), three intelligence officers attempted to enter my office while the House was in recess.

.@CapitolPolice never informed myself or senior level staff of their investigation and the reasons are clear.

Maybe it is because I have been a vocal critic of @SpeakerPelosi, the @January6thCmte, and @CapitolPolice leadership about their handling of January 6th, the death of Ashli Babbitt and the subsequent SHAM investigation.

According to The Federalist, “In November 2021, a USCP officer entered the congressional office of Rep. Troy Nehls, R-Tex., and took a photo of a whiteboard in Nehls’ legislative office detailing various legislative plans being considered by Nehls and his staff.”

The officer claimed in a police report several days later that he was conducting routine security patrol on Saturday, Nov. 21, and ‘discovered that one of the doors to Nehls’ office was open.’The report claimed that the officer entered Nehls’ office and found a whiteboard that contained “suspicious writings mentioning body armor[.]” The officer reportedly took a photo of the whiteboard, which was then passed around to analysts within USCP. The following Monday, USCP dispatched three plain-clothed intelligence officers to Nehls’ office and questioned a staffer who was there about the whiteboard and the legislative proposals it contained. -The Federalist

Interestingly, the Washington Post had run a story days earlier about a Texas federal contractor who defrauded the United States by supplying Chinese-made body armor vs. armor made in the US.

The Federalist also reports that the inspector general for the US Capitol Police (USCP) has launched an investigation into whether there has been inappropriate surveillance of elected members of Congress, their staff, and visitors to their officers. The opening of the investigation follows news reports and accusations from lawmakers that USCP has overstepped its bounds as it tries to recover from the January 6 riots that tarnished both the Capitol and the reputation of the law enforcement agency that was supposed to keep it safe.

USCP Chief J. Thomas Manger confirmed the opening of the inspector general investigation in his response to congressional inquiries about USCP police tactics, reported in a January 24 article published by Politico, including surveilling and compiling intelligence dossiers on members of Congress, their staff, and visitors. -The Federalist

“While I am confident in our methods, I am asking the USCP Office of the Inspector General to review the USCP’s programs related to these security assessments to assure both this Committee, the Congress as a whole, and the public that these processes are legal, necessary, and appropriate,” Manger wrote to seven GOP lawmakers.

Chad Freehttps://investigateearthpodcast.com
Thanks for checking out a little more about who you listen to on our podcast! I live in South Carolina with my wife and many dogs! I'm sure some of you may have heard the dogs from time to time on the show. We started this podcast because we feel like there is so much out there that many people mindlessly ignore that may have major consequences for our world 🌎 down the road. Our mission is to uncover and talk about as many topics as possible that the media and government will lie about and cover up. There has to be truth seekers out there, and more and more of those people are being silenced. I hope that you enjoy this journey with us, and feel free to reach out to come anytime to just say hello or even with show ideas!
Previous articleHigh Recorded Mortality in Countries Categorized as “Covid-19 Vaccine Champions”. The Vaccinated Suffer from Increased Risk of Mortality
Next articlePutin issues dire threat of nuclear war in Europe if he doesn’t get his way