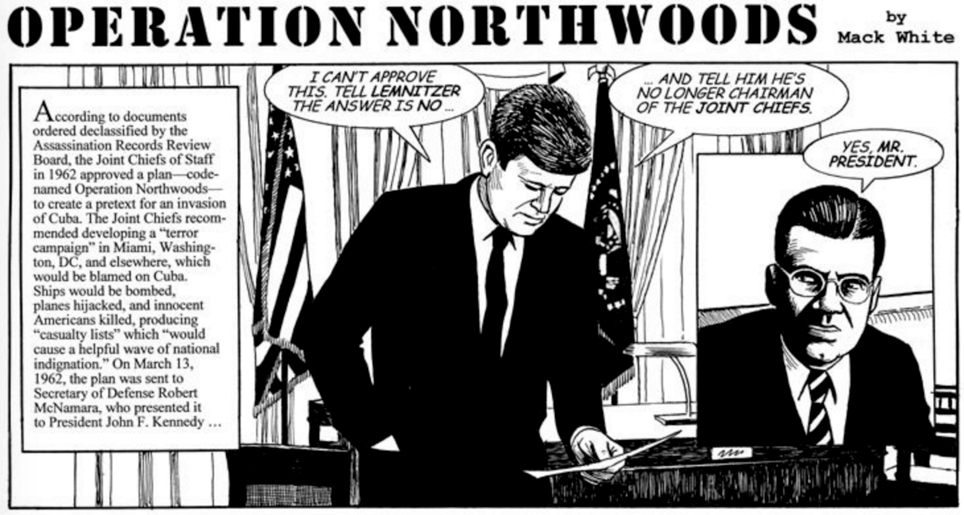 The Operation Northwoods Conspiracy is one of the most insane document dumps that has ever been declassified or released. The documents outline an evil conspiracy by the US Government to frame Cuba for terrorist attacks that the US would plan and execute.

The only reason these documents were ever declassified was due to the John F. Kennedy Assassination Records Review Board. This group was put in place after the assassination of JFK to review documents that could explain the assassination. Was the Operation Northwoods Conspiracy a possible reason for the murder of JFK? 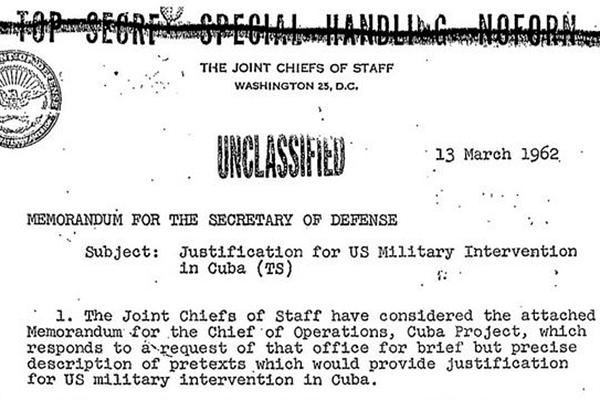 The operation was a plan circulated in the U.S. government in 1962 to stage false flag terrorist attacks inside the U.S. and abroad to provoke “military intervention in Cuba”. Essentially the US Government wanted a way to attack Cuba by setting up terrorist events by our own people. All declassified documents are below for review.

In the recommendations section of the “Justification for US Military Intervention in Cuba (TS)” memo, the Joint Chiefs of Staff make clear their willingness to stage actual terrorist events with legitimate casualties to sustain their intentions to “intervene” militarily in Cuba’s affairs. Typically most citizens would never actually believe the US Government could ever actually do something like that.

So What Did JFK Think About Operation Northwoods Conspiracy?

If you went out on the street and tell people this story, they would think you were crazy! They would call this a big conspiracy, and they would be correct. Most people consider conspiracy theories to be another name for a lie when in fact it’s most of the time the opposite. The Operation Northwoods Conspiracy should teach us one major lesson, this may happen a lot more than we will ever know.

As far as JFK’s thoughts on the operation, if you look at the comic that is our featured image for this article, that is what he thought. He fired people and was completely against the operation. Many question whether this had anything to do with his assassination. What if JFK would have not been President at the time? Would another President have followed through with the plan and how many similar plans have been executed in US History?

In our podcast episode below, we go over all the documents and give our in-depth thoughts on the Operation Northwoods Conspiracy.

Chad Freehttps://investigateearthpodcast.com
Thanks for checking out a little more about who you listen to on our podcast! I live in South Carolina with my wife and many dogs! I'm sure some of you may have heard the dogs from time to time on the show. We started this podcast because we feel like there is so much out there that many people mindlessly ignore that may have major consequences for our world 🌎 down the road. Our mission is to uncover and talk about as many topics as possible that the media and government will lie about and cover up. There has to be truth seekers out there, and more and more of those people are being silenced. I hope that you enjoy this journey with us, and feel free to reach out to come anytime to just say hello or even with show ideas!
Previous articleBest Conspiracy Podcasts 2021